Why can we produce a better die casting machine?

Why can we produce a better die casting machine?

-Now I understand,Because of our aviation dream 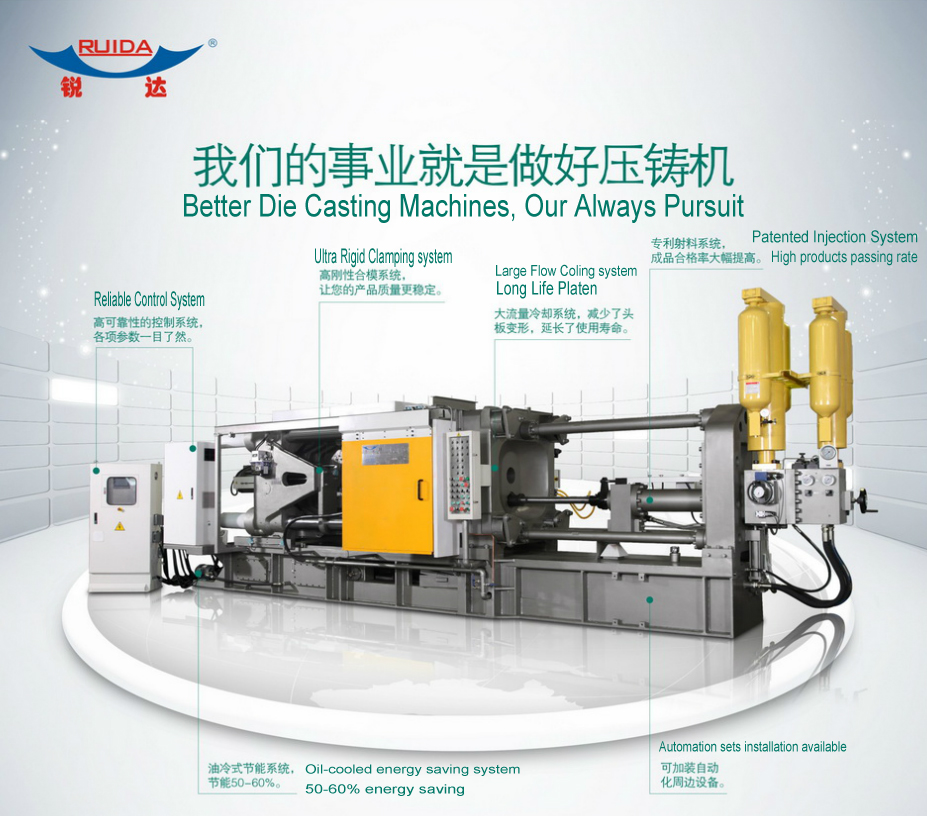 A die-casting person dreams of aviation, in the eyes of ordinary people, is incredible. In fact, in real life, many people are limited by the environment, giving up their ideals and only seeking livelihood. Former US President Nixon said: "People always die first in spirit, followed by emotional death, and finally physical death. Compared with ordinary people who are busy for their livelihood every day, the dream catcher The life track is destined to be different.

Historically, because Jingzhou is located in the special geographical position of China's north and south center, it has been a battleground for military strategists since ancient times, so it has repeatedly staged unusual war chapters.

During the Spring and Autumn Period and the Warring States Period, Jingzhou was the capital of the Chu State for more than four hundred years. The king of Chuzhuang is here to "small blockbuster" and "stop the martial arts"; Mozi is here to fight against Luban, "in keeping with the rule" is famous in the world; Qu Yuan is here to create "Li Sao". 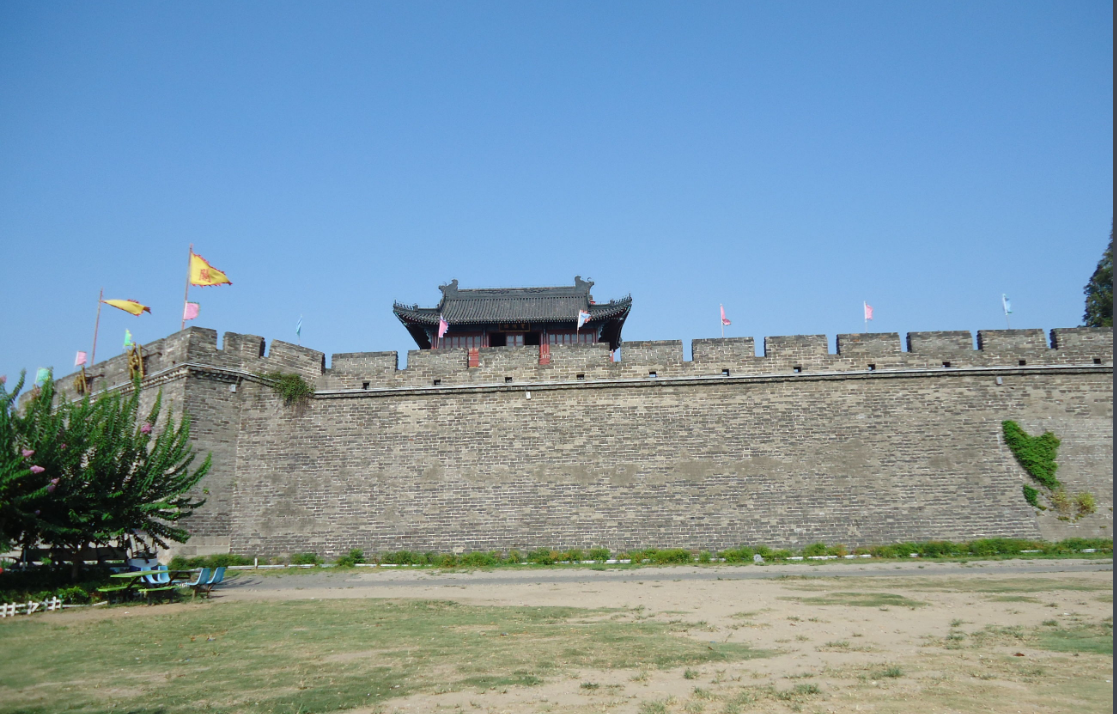 At the end of the Eastern Han Dynasty, Liu Bei took advantage of it. Only then did Wei Shu Wu stand upright; Guan Yu lost his sense of Jingzhou, and later achieved loyalty to the ages. At the end of the Southern Song Dynasty, Song Army and the Mongolian army fought in Jing Xiang area for more than ten years, and the local military and civilians suffered numerous deaths and injuries.

The unique and superior natural environment, the excellent tradition of the Chu people's arduous struggle and forge ahead, the influence of the Taoist, Mohist, Confucian and other philosophies on the subtle influence of this place, gave birth to the unique and distinctive spiritual culture of Jingzhou. The enterprising spirit of wearing old clothes and driving firewood carriages to assart mountain forests (that is, hard work and self-improvement); the spirit of innovation that is determined by reform and continuous development; the spirit of openness; These valuable spiritual cultures are dissolved in the blood of Jingzhou people, passed down from generation to generation and carried forward.

In the conversation with Mr. Chen Yong, the author also clearly felt that he had both the legacy of the simple life of the ancient Chinese Mohist school and the enthusiasm of the ancient Jingchu warriors.

Mr. Chen introduced himself: "I liked machinery when I was a child. When I was a child, I looked up at the sky and saw that the plane was flying freely in the sky. My heart was full of infinite imagination. The school in the field told me about space and gave it to me. I was deeply impressed. I was then imagining that I could work on airplanes when I grew up.

After joining the army in 1985, he served in the Air Force and engaged in radio communication and maintenance. Every day at the airport, I watched the plane take off and land at a close distance. I saw the engine of the plane, and I was never bored of it. The dream of childhood - the idea of engaging in aircraft-related work is growing stronger. Although the troops are doing radio repairs, they are always among the best in the radio assessment of military organizations. As long as I have time, I had read books about Boeing's aircraft engines. ”

In 1993, he went south to Guangdong and entered the domestic large-scale die-casting machine manufacturing enterprise.

In 1997, Mr. Chen Yong founded the die casting machine company, engaged in research and development, production and sales of die casting machines. Mr. Chen said: "Because I have always had an aviation dream, I like to fly. So the company is called Ruifeng, and it has the meaning of forging ahead and speeding up the wind." Mr. Chen went on to say: "The die casting machine was made at the time. To solve the problem of survival and to live. To be an airplane engine is the ideal of my life. Therefore, when I made the die casting machine on the first day, I vowed to produce aero engines. The Chinese aviation industry, whether it is a military aircraft or a passenger aircraft, is due to The engine research and development technology is backward, which leads to the technical level of domestic aircraft always lags behind that of Europe, America and the former Soviet Union. It is often ridiculed by foreigners. I just refuse to accept foreigners’ technical monopoly in the field of aero engines. I just want to be in aviation. It is more fulfilling to make achievements in the engine field and break the monopoly of foreigners. At the same time, the strict standards of aircraft engines will affect the production process of Ruida die casting machines, thus improving the quality of die casting machines. You will find that survival and ideals are organically unified. 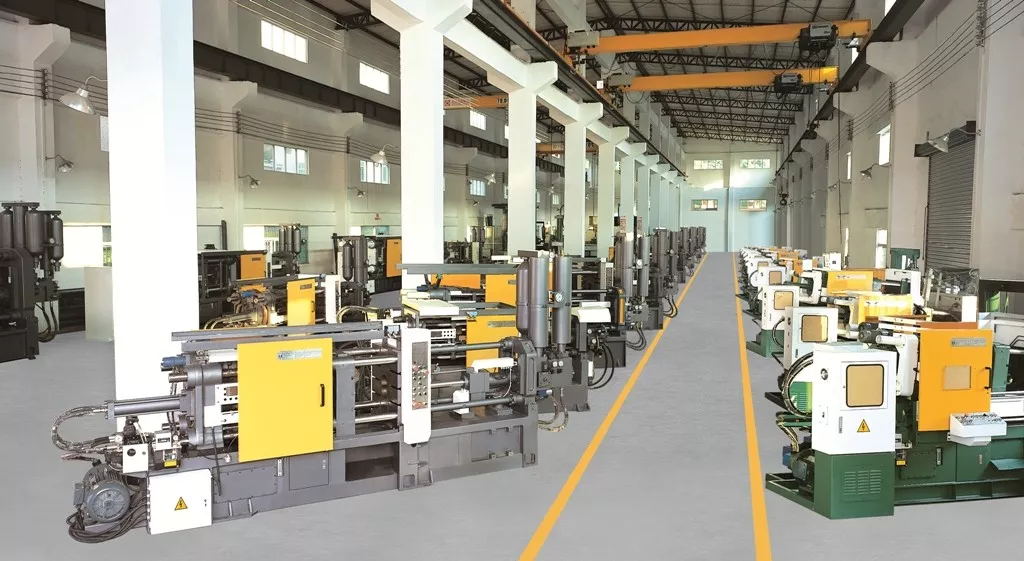 "No accumulation, no miles." If you want to produce an aero engine, you must first produce a die-casting machine. The start-up of private enterprises is often difficult. Mr. Chen said: "At the beginning, the company didn't have money. The production workshop didn't even have a crane. Many of the work that was done with the machine was done by manpower. At that time, more than a dozen hot chamber die casting machines were produced, but the sales were not smooth. The employee is worried. The staff asked if the company can withstand it. I have to tell the employees,don’t worry, the orders will come and the machines will be sold out. In fact, the company's account has little money left. In the end,dozens of die-casting machines are sold, the company has finally passed the storm." 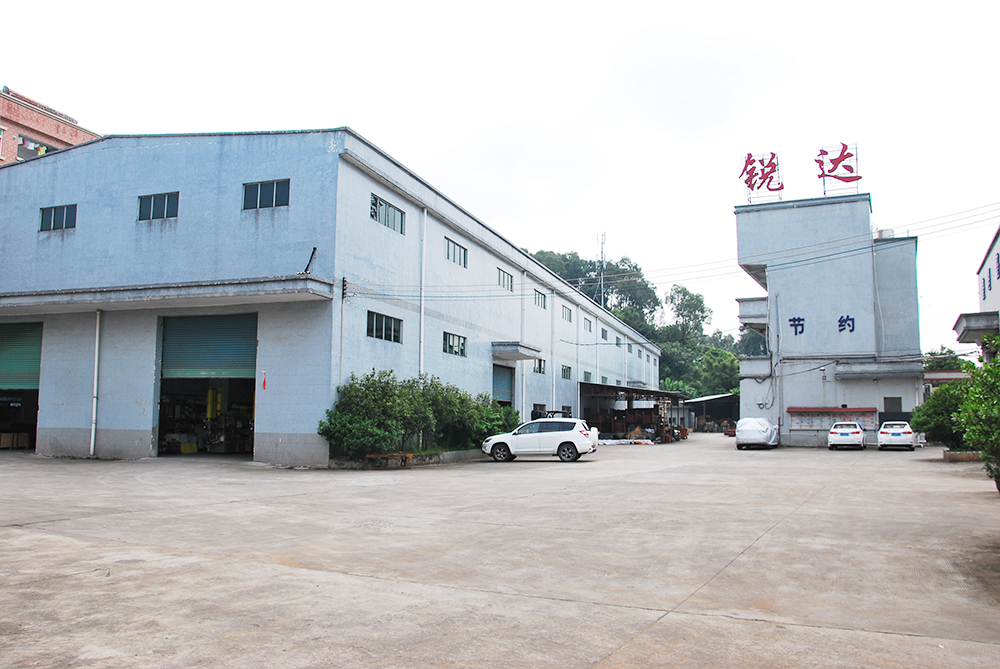 In 2012, Ruida began to enter the field of aero engines, and its R&D target is a key component of aero engines. General Chen officially began to turn his childhood dreams into reality. 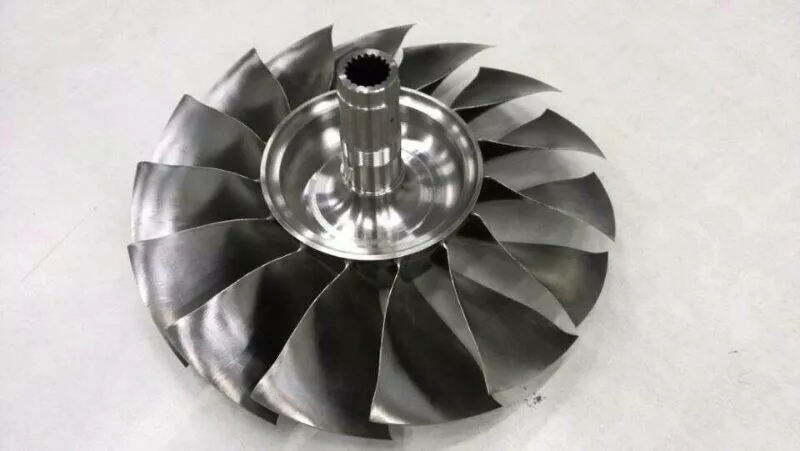 Now Ruida is already the official parts supplier of Chengdu Aircraft Factory and AVIC/ACAE. It can develop and produce key components such as wind deflector, stationary blade ring, machine tweezers and turbine shaft for commercial aviation engines. For the research and development of aero engines, Mr. Chen has unique insights. He said: "For the R&D personnel, creative thinking is very important. In the Analects of Confucius said: "Those who know are not as good as those who are good, and those who know well are not as good as those who know. "If don't like to study technology, have no creative thinking, and can't do R&D work at all." This makes him has a strong Mohist and Confucian school legacy.

In May 2018, the Hubei Aero Engine and Die Casting Machine Production Base of Ruida with a total investment of 450 million yuan was officially started in the Gongan County of Hubei Province. The total area of the project is about 66,000 square meters; it is expected to be completely done in July 2019. After the completion of the base, the production of die-casting machines and the production of aero engine parts can reach a new level.

Regarding the planning of returning home to invest and set up factories, Mr. Chen explained: "In addition to think about the production costs, labor and other factors, I have the will to invest in hometown and return home; and Gongan County has given a generous investment policy. Conditions, and the dream of my own, so the two sides hit it off. Since I promised Gongan County Government, if I  do it, then I will do it well." 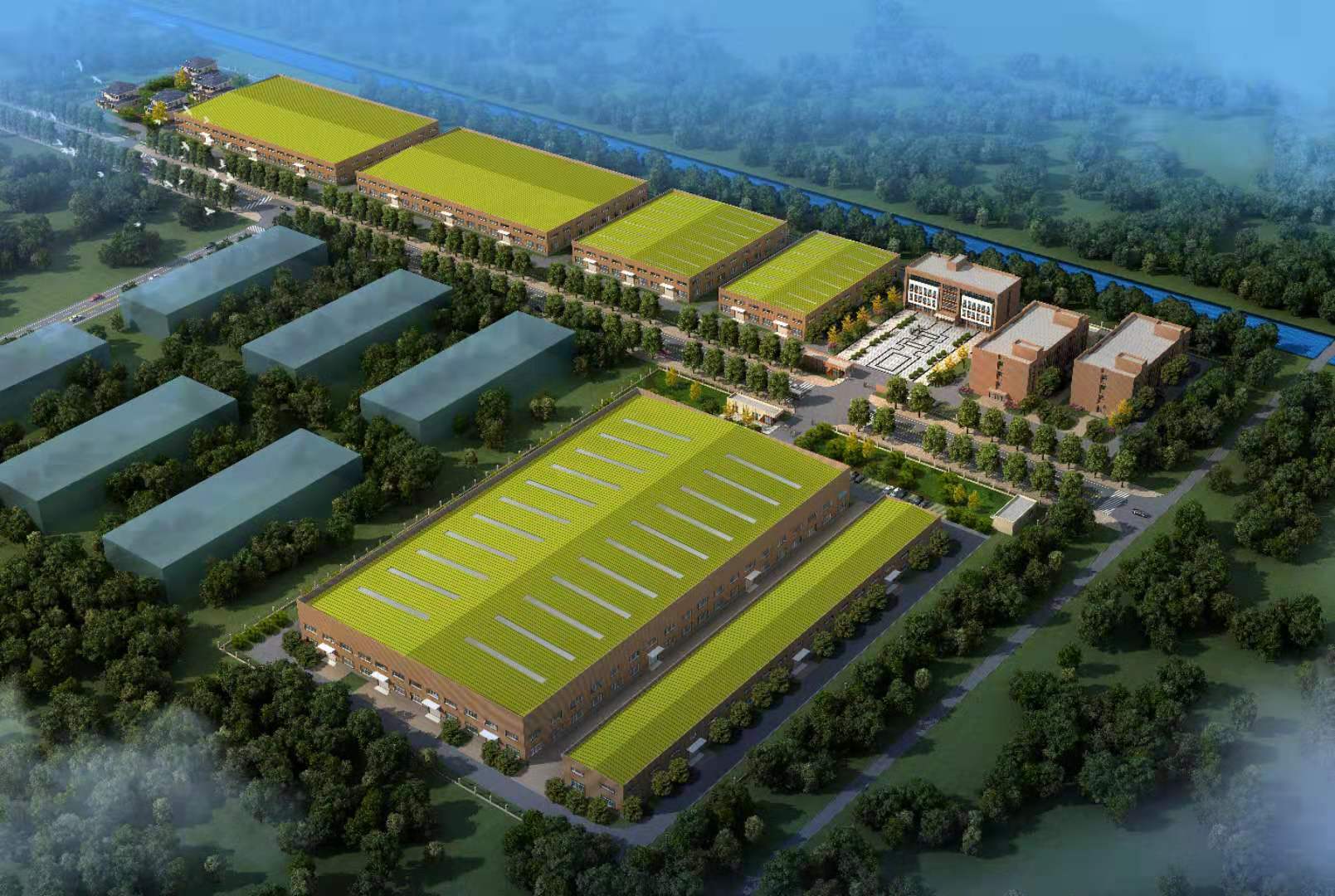 In this interview, Mr. Chen Yong gave the author with the deepest impression of his maverick style and life philosophy. In this regard, Mr. Chen said: "I personally do not drink alcohol, do not smoke, do not play mahjong, do not like the entertainment on the business field. I like a simple, pragmatic life. I have a leisure time, I like to read, especially like Study the mechanical structure of the aero engine. Reading can enrich people's knowledge, enrich people's spiritual world, broaden people's views. What does people get when they smok, drink, play mahjong?" He also said: "I personally live self-discipline, keep Good habits. I go to bed at 11 o'clock every night and get up at 6:40 in the morning. I run five kilometers a day, so my body is very healthy." Mr. Chen continued: "I personally have a clear life philosophy. Health first; working Second, interest is the third. People must first be healthy, and then to develop hobbies. Do not sing high-profile. Just like I am a key component of the aero engine, first of all I must have a healthy body, survival problem solving After that, I can only do it. Life is only a few decades, don’t care about the success or failure of the moment; people can’t stick to convention, do things, just There are the most drastic of courage and determination. "

The author's sentiment: Today, in the Chinese business circle, especially the “wine table culture” in the die-casting industry, Mr. Chen Yong can be described as an special example and a clear stream. It does not smoke, drink alcohol, play mahjong, and does not participate in entertainment. His unique way of doing things has enabled him to maintain a healthy body and flexible thinking; reading in his spare time has enriched his knowledge and broadened his views; he has also turned his childhood dreams into reality. The ecological environment of nature is diverse, and the commercial civilization of human society should also be diverse. It is not a good thing to have a "drinking table culture" in China. 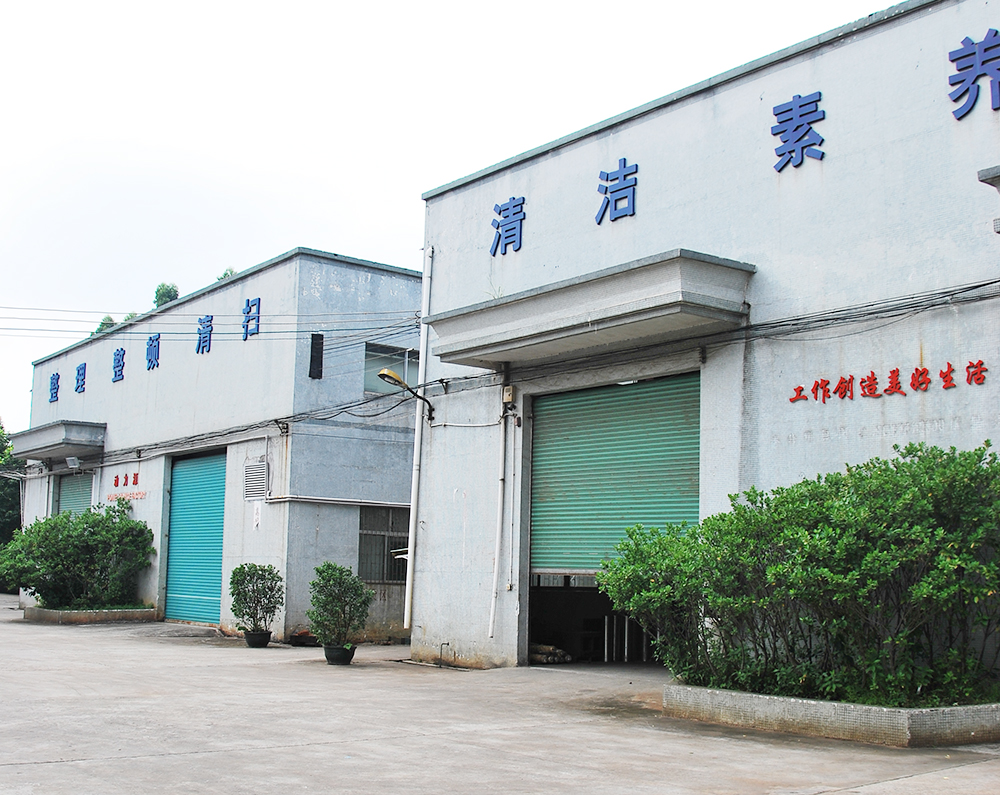